On This Day – “Obama Elected President as Racial Barrier Falls “

On Nov. 4, 2008, Barack Hussein Obama was elected the 44th president of the United States, as the country chose him as it’s first black chief executive.

Mr. Obama, 47, a first-term senator from Illinois, defeated Senator John McCain of Arizona, 72, a former prisoner of war who was making his second bid for the presidency. 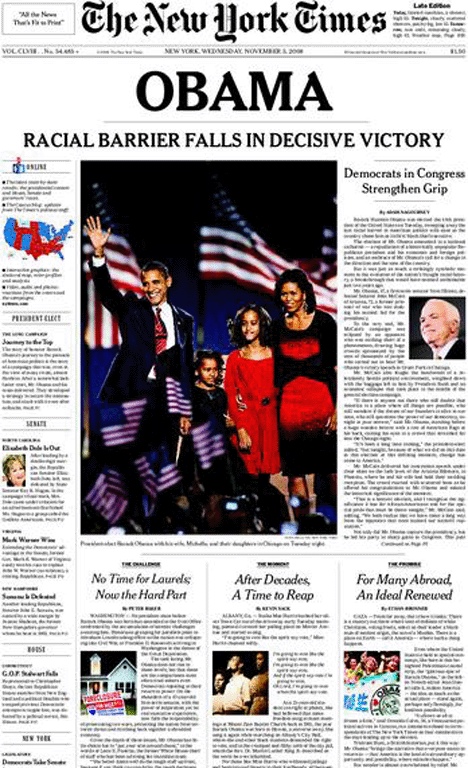